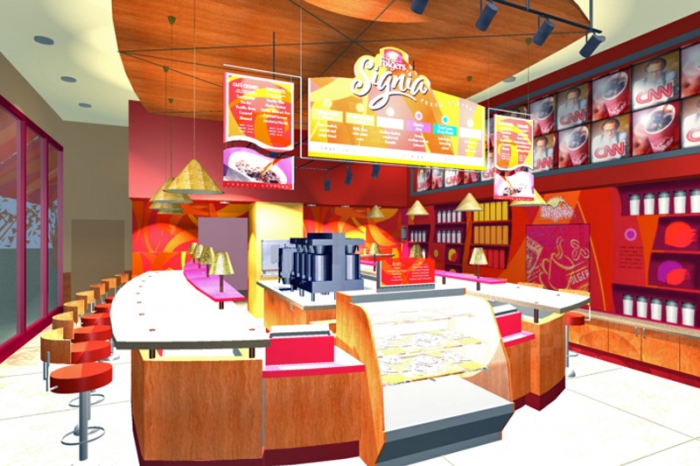 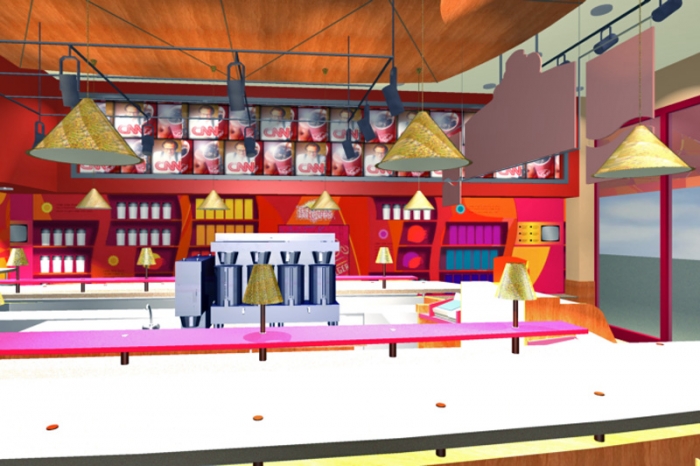 Folgers, the well-known national Coffee brand was founded in San Francisco in 1872.  The company approached Valerio to design a prototype Folger's Cafe. Initially designed for an urban site in San Francisco (still the coffee company's headquarters city), the intent was to embark on a national roll-out program for the cafes in urban locations.
Valerio created the first instance of the new prototype design, designed for a ±1,000 sq.ft. site in San Francisco and targeted for completion in the year 2000 to celebrate Folgers Coffee 150th anniversary.